Over 40 years ago, Father Barreau got married. Today, his daughter Chloé reflects about the taboo on married priests and the situation of the hidden children of the Church. There are more than 10,000 of them in France. 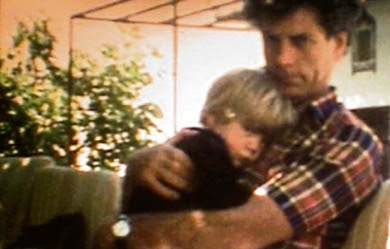 October 8, 1971. Le Club de la presse ("Press Club"), the flagship debate program of the late 1960s, begins. The atmosphere on the set is heavy. A man with piercing eyes and frank speech is being questioned by four journalists. The tone is one of incredible freedom, but the subject triggers thunder. It's the celibacy of priests. And who better to talk about it than Father Barreau, this charismatic priest, known for being the priest of the "blousons noirs" (youth street gangs) of Pigalle, then head of the catechumenate for the diocese of Paris. The one through whom the scandal came up after he had publicized in L'Express the same week his decision to get married. The priest doesn't fall apart in the face of attacks by journalist Michel de Saint-Pierre, who accuses him of "playing the pin-up boy" in the headlines, and boasting about his "mistake". Jean-Claude Barreau can't see where the problem is: "Just let the priests marry and let's get to the point!" The point? The crisis of a Church that even then kept itself at a distance from the real world. The priest, to whom Rome had denied reduction to lay status, thought the Church was going to blow priestly celibacy away in five years anyway.

In 2013, more than forty years later, the Vatican still doesn't allow priests to get married, and the hidden children of men of the Church are still marked with the seal of dishonor. Jean-Claude Barreau, 80, and his wife, Ségolène, 69, are as in love as the first day. Their daughter, Chloé  35, takes her camera, invites her parents to tell their story and questions a still taboo reality in the documentary La Faute à mon père, le scandale de l'abbé Barreau ("My Father's Sin: The Scandal of Father Barreau" -- Award for Best European Documentary, Circom 2013). "Despite the hope of renewal brought about by the arrival of Pope Francis and his willingness to re-evangelize from within, the marriage of priests isn't happening tomorrow," says Chloé Barreau. Recognition of the children of priests isn't on the agenda in Rome either. Even if a wind of hope blew in 2009 on the pain of these daughters and sons of men of faith who weren't able to resist love's call.

Cardinal Claudio Hummes, then prefect of the Congregation for the Clergy, held several meetings on the explosive issue. Objective: To prevent the existence of DNA testing from raising a multitude of suits to establish paternity in court, with the damage that would cause to the finances and the image of the Church. A kind of social contract guaranteeing the civil rights of the mother and the child was then discussed: the child could inherit the personal property of his father, and the latter transmit his name to him. The issue never came out from behind the walls of the Vatican. While obviously no official figures exist on the number of children of priests, according to the European Federation of Married Catholic Priests, there are 10,000 to 12,000 married former priests in France, and in northern France alone, a score of "households." 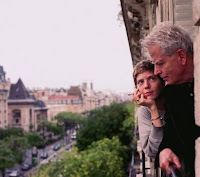 "He regained his freedom as a final settlement"

These heirs of moral grief are upset about being the victims of one of the greatest hypocrisies of the Church. "My father had gone to see François Marty, Archbishop of Paris, to tell him his desire to marry. The Cardinal retorted that he was used to hearing this kind of thing, that my father could marry in secret, and that if he had children someday, the Church would deal with them ..." Father Barreau chose not to live a lie. "He regained his freedom as a final settlement," says Chloé, a proud daughter of a defrocked priest. The defrocked one is one whose successive decisions mark a faithfulness to himself, to what we are under the mask."

"Children usually learn one day in a roundabout way that their father was a priest; I've never hidden it from them," Jean-Claude Barreau states. "Most priests who left the ministry to marry feel socially downgraded, they no longer have the influence their status conferred upon them. My father didn't experience this as a repudiation," says Chloé. Jean-Claude Barreau was an editor, an adviser to François Mitterrand, President of INED (Institut national d'études démographiques - "National Institute for Demographic Studies"), immigration advisor to Charles Pasqua... The former priest lived in the light; Ségolène, his wife, had to learn to deal with the cracks. In the eyes of society, she was the temptress, the one who led the man of faith astray. "I had the feeling of being the pastor's whore...," she dares to say to the camera. Chloé doesn't reject her roots at all: "This story gave me life, the taste for romance and one certainty: a love that struggles is a block of granite, the whole world in coalition will always break its teeth on it."

Photos: Fr. Jean-Claude Barreau and his daughter Chloé, then and now.
Posted by Rebel Girl at 12:28 PM No comments:

Fr. Thomas Williams, a priest in the Legion of Christ, had a promising church career. A moral theologian, Fr. Williams taught Ethics and Catholic Social Doctrine at the Regina Apostolorum Pontifical Athenaeum in Rome, and served as Vatican Analyst for NBC News, CBS News, and Sky News. Fr. Williams served as superior of the Legion's general directorate in Rome in the 1990s. He has also written numerous popular works including A Heart Like His: Meditations on the Sacred Heart of Jesus, Spiritual Progress: Becoming the Christian You Want to Be, Greater Than You Think: A Theologian Answers the Atheists About God, The World as It Could Be: Catholic Social Thought for a New Generation, Can God Be Trusted?: Finding Faith in Troubled Times, Who Is My Neighbor: Personalism And The Foundations Of Human Rights, Building on Solid Ground: Authentic Values and How to Attain Them, and Knowing Right from Wrong: A Christian Guide to Conscience.

So the Catholic world was shocked in May of last year when the handsome mediagenic priest admitted that a few years earlier he had had an affair and fathered a child out of wedlock. Incredibly, along with Fr. Williams' confession, came a tacit admission from his superiors in the Legion of Christ that they knew of the affair and yet allowed Fr. Williams to continue to teach morality to their seminarians and speak publicly about ethics. In a Q and A posted on the Spanish version of the website of the Legion's lay movement, Regnum Christi, the order said that "the superiors advised Father Thomas to behave appropriately and to withdraw from public and they accompanied him in his reflection on his personal situation." However, they added that they should have taken faster and more stringent actions against the priest, and said that "the Director General and Council much regret not acting sooner with due firmness, take responsibility, and apologize for not doing everything possible to limit the scandal."

In a communique apologizing for his actions prior to taking a leave of absence for vocational discernment, Fr. Williams took responsibility for his failure to obey his superiors' advice to keep out of the public eye: "My superiors did on numerous occasions encourage me to keep a low profile, and I pushed to keep up a more active public apostolate. I foolishly thought that I had left this sin in my past, and that I could make up for some of the wrong I had done by doing the greatest good possible with the gifts God has given me. This was an error in judgment, and yet another thing I must ask your forgiveness for."

Now, a year later and after much reflection, Fr. Williams has decided to do the right thing. He has asked Pope Francis for dispensation from his vows and in a statement published by his LC colleague Fr. John Conner, Fr. Williams says that "I came to the serene conviction that what God expects of me now is to devote myself to caring for my child and his mother. By responsibly and lovingly accepting the consequences of my actions, I will continue to serve God and his Church. I know I should be with my son and try to be the kind of father he needs."
Posted by Rebel Girl at 11:22 AM No comments: